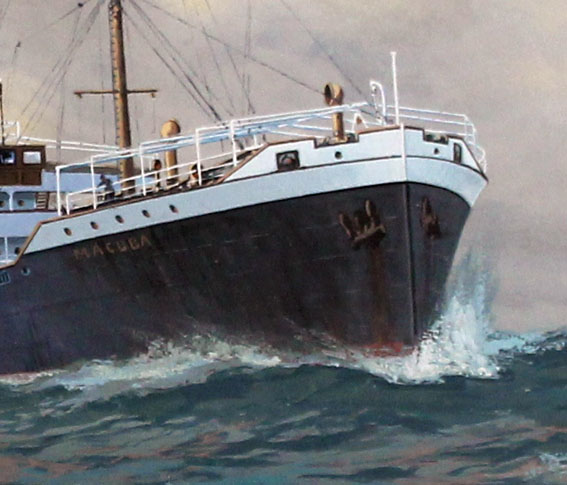 Adolf Bock was born in Berlin on 05/08/1890. He became a leading maritime artist and his paintings are now held in museums in several countries. He lived and painted in Germany, Finland and Sweden. He had a good knowledge of ships from working in the Navy before moving to Finland in 1919 and then working for shipping companies, publishers and journals. In 1939 he returned to Germany and became a Professor of Fine Art in 1944. He spent his later life in Sweden and died in Helsingborg on 13/01/1968.

History of The Macuba - The Dutch Oil company, Shell, operated the Macuba for many years. She was launched in 1931. She was hit by enemy fire and badly damaged in 1943. There was a munity in 1945. The ship was scrapped in 1957. See www.helderline.com/tanker/macuba for further information. Also, please see www.chinadaily.com.cn/world/2017-09/25/content_32467988.htm or search Macuba Shell on the internet. 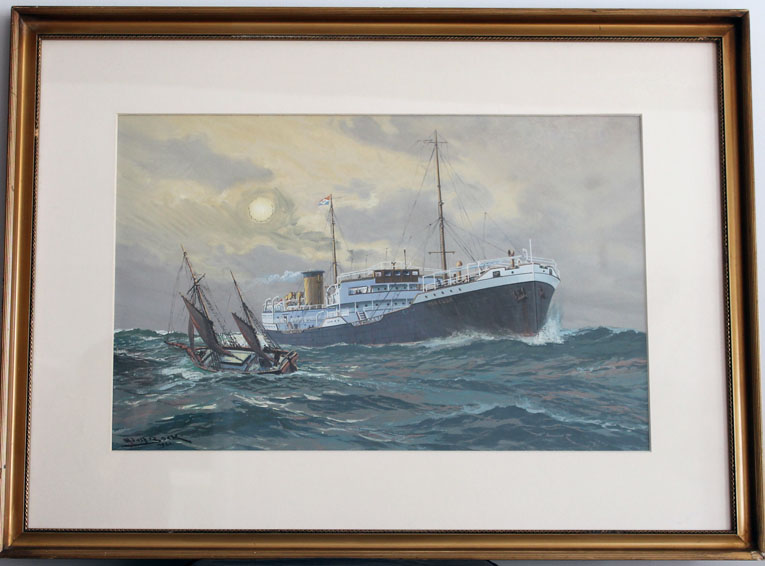 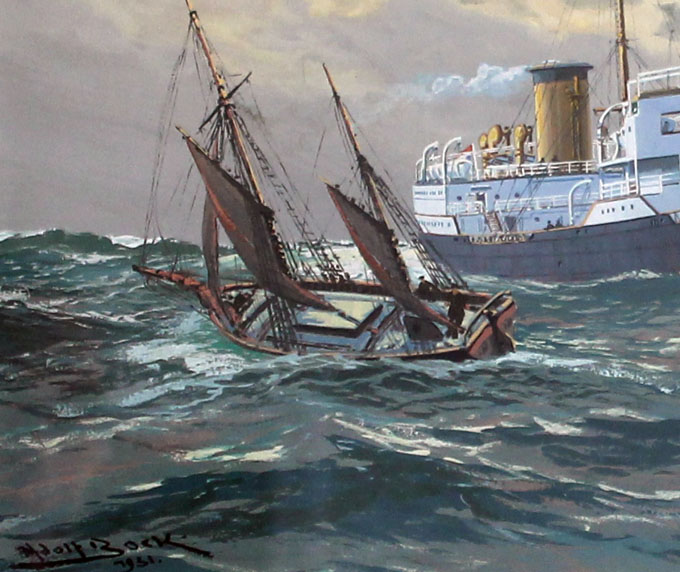 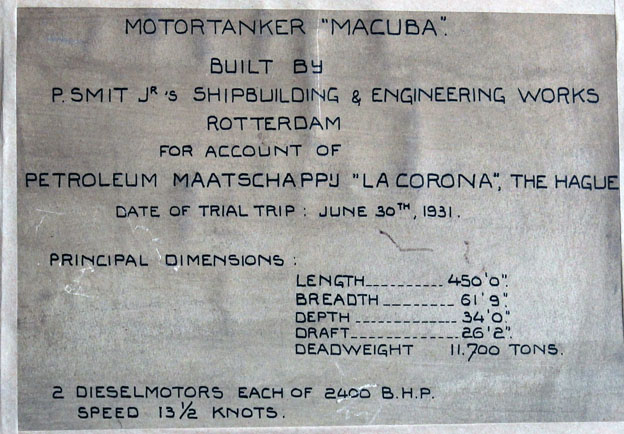